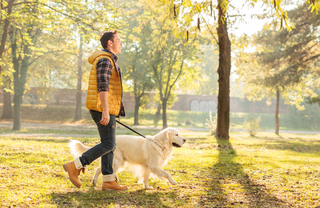 In New York City, on the island of Manhattan, Central Park may be the most well known of the area's leisurely outdoor offerings, but that doesn't mean its the only one. Those savvy enough to have explored more of the island and residents of the stylish Manhattan apartments near the city's Financial District know all about another great enclave of trees and serene walkways—Battery Park. This public park, located on the southern end of the city, isn't nearly as large, but it's still plenty amazing to check out, and during the Fall, it provides a perfect backdrop for exploring that you'll not want to miss. Here's a quick look at what you'll need to know about Battery Park to get you ready for the Autumn season.

The name Battery Park is actually something of a misnomer. While it was known, at one time, as such, it is now referred to as simply The Battery. That old name was inspired by the park's position. The surrounding area was home to artillery batteries that were placed there during the early days of the city, when such weaponry was needed to protect the area from threats that came by sea. That history is long and storied, and while going over all of it might not be possible today, those interested in learning more are encouraged to check out the NYC Department Of Parks & Recreation's thorough writeup on the topic.

Nowadays, though, it's much more serene. The 25-acre expanse sits proudly near the water, housing its share of landmarks, flora, fauna, and interesting things that just about any urban park explorer would want to add to their to-do list:

"Its beautiful waterfront and flower gardens make The Battery a lovely place to wander. For those who'd like a longer stroll, the park’s location at the southern tip of Manhattan makes it a classic starting point for walking tours through the city."

Perhaps most notable among the many fixtures in the park are the impressive memorials that call it home. These memorials include works like The East Coast Memorial, dedicated to one of the most critical periods in American History—World War II. The East Coast Memorial is one of the three war memorials that were brought into existence thanks to the efforts of the American Battle Monuments Commission to honor those that served in WWII, and it specifically commemorates U.S. soldiers who died during the Battle Of The Atlantic. There are 4,609 names etched on the sides of the 19-foot high pylons that are arranged here here rows of four. Between those rows, the large figure of a bronze eagle sitting atop a giant black granite pedestal can be seen, facing the Statue Of Liberty out in the New York Harbor.

The Eagle Statue and East Coast Memorial aren't the only ones here in the park, though. Another prominent landmark is the American Merchant Mariners' Memorial, a sculpture on the west side of the park overlooking the Hudson River. Dedicated in 1991, it shows four merchant mariners in a sinking boat, post-attack from German forces during WWII. Additional notable landmarks in the park include statues of John Ericsson, Giovanni da Verrazzano, and several others.

You can view these great works on your own, or by taking a scheduled tour of Battery Park. Official tours of The Battery take place every Thursday at 1PM and last for an hour. Guests meet at the Netherland Memorial Flagpole around 12:50PM to get things underway, then set off to: "learn about the park's rich history, many important landmarks and monuments, Seaglass Carousel, 135,000 square feet of beautiful perennial gardens designed by renowned Dutch garden designer Piet Oudolf and so much more!"

Speaking of which, Seaglass is another one of the fine things you can check out while here in The Battery. It was created not only to entertain, but also to inspire and educate:

"The story of SeaGlass began when The Battery Conservancy was designing the park’s interior to reflect its rich history and to create a light source in a previously darkened landscape. An aquatic carousel was proposed to recall 1896 when The Battery was the first home of the New York Aquarium."

Riders sit within an iridescent faux-fish that glides through the displays, a veritable 360-degree undersea adventure filled with the wonders that only the aquatic environments can offer. Seaglass is open seven days a week, from 10AM-8PM. Tickets can be purchased at the carousel for $5 per person. You might also want to watch their Event Page closely, as they have regular happenings that guests will most assuredly want to take part in.

The Battery is also home to Hope Garden, a memorial for victims of AIDS. This site once displayed the noteworthy sculpture The Sphere, after it had been moved following the events of 9/11. The garden is also an attraction for tourists and environmental demonstrators, who use its symbolism to give poignant meaning to their cause du jour.

No jaunt through The Battery would be complete without a stop at Castle Clinton, mind you. Named for Mayor DeWitt Clinton, it was once known as The West Battery and was constructed in anticipation for the War Of 1812. After the war, though, its military use was abandoned and it took on an entirely new role:

"A decade later it was renamed Castle Garden and was transformed into the City’s premier cultural center. By 1855, successive landfills had enlarged the Park to encompass Castle Garden and the structure became America’s first immigrant receiving center, welcoming 8.5 million people before it was succeeded by Ellis Island. In 1896, the Castle was transformed into the beloved New York Aquarium, one of the nation’s first public aquariums."

Castle Clinton has served as a promenade, a beer garden, a theatrical venue, and much more. Though nearly destroyed in 1941, it was declared a National Monument in 1946, and restored to glory in 1975. Nowadays, it serves as a small museum and the ticket office for the Statue Of Liberty-Ellis Island ferry. If there's one thing you'll have to check out while you're at The Battery, it's definitely Castle Clinton.

And Only A Short Walk From The Best Manhattan Apartments

If you want to make The Battery one of your regular stops, why not make the stunning structure of 15 Cliff your new abode? This essential part of Manhattan's urban renaissance is located near many amazing things the island has to offer, including Battery Park. You'll live here in style, housed in one of the many residences the building has to offer. The luxurious floorplans offer something for nearly everyone, and are certain not to disappoint. Going hand-in-hand with all of that are the building's fabulous amenities, made to make residents feel the true comfort and convenience living in a place like the Financial District should be all about. Check out what 15 Cliff has to offer and see the new face of city living for yourself.