Fidi is Trendiest Spot in NYC 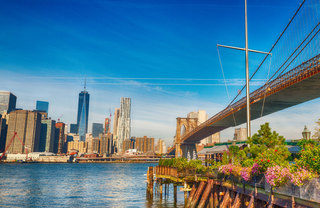 When you think "New York City" and "hip," the first things that might come to mind are Brooklyn and Queens, but that doesn't mean you should count out areas like the Wall Street apartments outright. In fact, recent data from Property Club shows that the Financial District is on the upswing, at least as far as attracting younger, Millennial residents to call it home. What exactly do the statistics show? Which parts of the city top the list for Millennial density? That's exactly what we'll be looking at today, as we examine Property Club's findings and delve deeper into what has made the Financial District Manhattan's newest hotspot.

Looking at the Data

The crew over at Property Club wanted to find out which neighborhoods around New York had the highest percentages of Millennials living within their bounds. Figuring this, they reasoned, they'd be able to determine which were the trendiest (by Millennial standards), and where the nearly 3 million Millennials around the city were congregating. The results? They found that 7 of the 10 most Millennial-packed neighborhoods were in Manhattan, and at the top of that list was the Financial District.

The Financial District, as it turns out, has a 67% Millennial-share, with about 18% of those residents owning a property, and a whopping 82% renting one. According to Property Club, the relatively higher prices for properties within the Financial District hasn't deterred younger residents, as the pay in these areas matches the cost of living, and the convenience of the neighborhood is tough to beat:

"It’s no secret that places like the Financial District or SoHo come with some really high price tags, but they also feature high-paying jobs in finance and law and amenities aplenty. The median household income in the 10005 ZIP Code, where 67% of area residents are Millennials, is approximately $150,000. Meanwhile, rental rates for studios in FiDi start somewhere around $3,000 per month."
It's all about that fast-paced combination of living, working, and playing in the same general area. It might not have been something that older generations put quite the premium on, but Millennials, it turns out, are all about that lifestyle, and willing to drop a few extra dollars to keep everything they could ever ask for close by in a colossal metropolis that can supply just about every want and need imaginable.

These Wall Street Apartments Put You Right in the Mix

If you're thinking that the Financial District sounds like the place to be within the confines of the city, you'd be right. One of the best ways to experience it all is at fantastic residences like 15 Cliff. When it comes to convenient locations within the neighborhood, this one is hard to top. What's more, living here at this stunning apartment community, you'll also have access to all the amazing amenities you could ask for, complete with the sort of spacious city living space that really lets you spread out and do your own thing. It's urban New York like you've never experienced before, and it's all yours, just as soon as you reach out to learn more about how you can make your move to one of the most coveted enclaves Manhattan has ever known.