Ideas for a Snowy Day Indoors 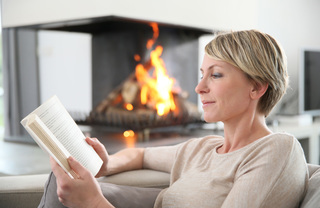 Since we’re still in the dead of winter, there’s a chance you’ll be getting snowed in at the luxury apartments in NYC at some point over the next couple of months. Now, that could lead to agonizing levels of boredom, but only if you’re unprepared. If you’ve got a plan, you’ll know exactly what to do to stave off that impending sense of ennui, and if you don’t have a plan, we’ve got a few ideas that will help you fill out your list.

If you’re all alone and the snow is piling up outside, there’s no reason to worry. There’s still plenty to do indoors that will occupy your time, like sticking your nose into a good book. Whether you’re into classics, moderns, novels, or nonfiction, there’s plenty of great reading material out there, and now you’ve got a whole day to enjoy some of it. For our money we recommend some the great nonfiction books that were released during 2018, like Bad Blood, the expose on Silicon Valley startup Theranos, written by John Carreyrou, or The Coddling of the American Mind, an in-depth investigation of American social trends by psychologist Jonathan Haidt.

Of course, if you’re not much into nonfiction, there are still plenty of new books that should be able to hold your interest. 2018 was a great year for novels across genres, and both Publisher’s Weekly and HuffPost have produced some rather impactful lists detailing the best fiction of the past year that you can pick from. Circe, by Madeline Miller, for instance, made some big waves for its telling of the titular character’s (at times) dark tale. It makes for some interesting reading, if you’re a fan of mythology, and even if you aren’t!

Let’s say you aren’t down with reading at all, though. A fair stance to take. Rather than bury your head in a book, maybe you’d like to listen to some music instead? Again, there was lots of great material released in the past year, just as with books, and of course, you still have all the classics to pull from. Start streaming and get to listening, then see where the voyage takes you. If you want to get old-school, break out the record player and start going through your collection of vinyls. Lay back with a stiff drink, then let the tunes play — it’s a party of one that’s sure to provide hours of relaxing introspection.

For you artistic types, this will be a prime opportunity to sit down at your easel or drafting table and bring some of those ideas you’ve been holding within your imagination to life. Longtime illustrators and painters will enjoy a day of solitude to put their visions to the page, and even if you’re just a beginner, you can use this time to practice your craft and hone your skills to the next level.

Alternatively, you can make your snow day a cooking day, and try out that elusive recipe you’ve been attempting to refine. You’re probably going to have to prepare something to eat anyways, so give it your all and go for a meal that you haven’t quite mastered yet but want to improve. Really, being snowed in alone is a great time to engage in any of your hobbies — provided those hobbies don’t involve venturing into the cold and unforgiving outside world!

Finally, if you’re stuck home alone and feel like being productive, then go right ahead! Snow days are great days to get caught up on your interior cleaning and decorating, get around to that one project you’ve been putting off, or planning for that thing that you said you’d do but never did. Don’t delay, make the snow day your day for catching up on life and getting a head start on the future.

If you happen to be stuck with a best bud or romantic interest, you can have an even more exciting time with some team activities. Break out the cards or a board game, then see who comes out on top after a few rounds. If you’d rather take the challenges over to your favorite video game console, that’s fine too, just remember that the fun is all in the competition (or cooperation), so grab your friend and get to it.

Movies and TV shows are always a great way to pass the time with someone else, provided you have similar tastes in entertainment. Even if you don’t however, having a whole day to yourselves gives you plenty of time to alternate between genres, so why not put together a list, pick a few titles that you can mostly agree upon, and then kick back and enjoy your favorites while allowing yourself to be introduced to some new movies and shows you otherwise wouldn’t have considers. Who knows, you might stand to learn a thing or two in the process?

And if none of the above appeals to you, you can always try the time honored tradition of brewing a warm winter drink (alcoholic or non-alcoholic), sitting down with your friend, and just chatting the day away. If you don’t normally get a lot of time to talk face to face, this will be a great way to catch up, reminisce about old times, and have a blast while the snow falls gently outdoors. Whatever you decide to do, stay safe, and enjoy that snow day!

It’s not so bad having to spend a bit of extra time indoors, especially when you’re in a place like 15 Cliff. From the modern, luxurious design to the plethora of comforts and conveniences, you’ve got everything you need on hand to make an extended stay feel like a little slice of heaven. Come see everything that 15 Cliff has to offer, take the grand tour if you will, then make this your first choice for NYC living — snowed in or not!