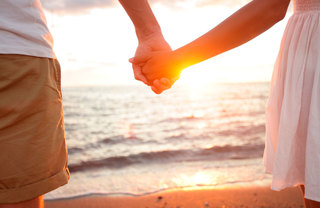 To say the Manhattan apartments are not known for their beautiful beachside setting would be something of an understatement. Everyone knows that Manhattan doesn’t have beaches, and if you want to hit the beach in NYC you’ve got to head to the Rockaways or over to Coney Island, right? Not for long. As it turns out, plans are underway to outfit Manhattan with it’s very own section of beautiful beachfront:

“The same firm that designed the High Line will soon plan out the borough’s first public beach just a block away — on the 5-acre spit of land jutting off Gansevoort Street in the West Village, The Post has learned.

When the $60 million Gansevoort Peninsula portion of the Hudson River Park Trust’s $900 million park renovation project is completed...it will be the largest single greenspace in the 4-mile-long Hudson River Park.”

That’s quite the development indeed, so if you call Manhattan home, there’s a good chance you’re going to want to know all about all the details on this proposed upgrade to the island, and we’re happy to deliver. Today, we’re going to be exploring some of the information behind the public beach announcement, along with some peeks at what features this new beach is set to include.

A Beach? In Manhattan!?

If you’re a long time New Yorker, the thought of a beach in Manhattan might still be shocking to you, but then again, if you’ve been in the city for a while, you might also remember that this is something Governor George Pataki had proposed all the way back in 1998. As Gothamist notes:

“Way back in another century (colloquially known as 1998), Governor George E. Pataki maligned the state of Manhattan's western waterfront and signed legislation establishing a park running between Battery Park City to 59th Street, including a 4.5-mile waterfront esplanade.”

Sounds fun, right? Well, it wasn’t fun-sounding enough for anyone to act on it right away, but now, some 21 years later, those dreams of a Hudson River Beach might finally be realized. The announcement first came back in late January of this year. The plan includes a 5.5-acre park on Gansevoort Peninsula (once the site of a Department of Sanitation building and FDNY fireboat house/dock), and while what that would look like was mainly up the imagination for a time, a recent story from Curbed has finally put some imagery to this proposed beach plan.

Their “First look at Gansevoort Peninsula Park,” published July 25th, reveals some mock photos of what the future space might look like and what visitors might expect it to include in the very near future:

“The park, located from Gansevoort Street to Little West 12th Street—along what used to be 13th Avenue—will have a sandy beach area with kayak access and a seating area; a salt marsh, habitat enhancements; a large sports field; and on its western side, picnic tables and lounge chairs.”

Judging by some of those mock photos, this proposed space will be surprisingly green, particularly by New York City standards, and a departure from the old-style industrial look that once typified the area. While all the designs haven’t been finalized, there’s at least one other detail we know about the park: it will include Whitney Museum’s “Day’s End” outdoor art installation, a testament to NYC’s history.

For all the fanfare, though, this proposed beach site will be lacking one critical element that typically makes a beach what it is: the ability to dive in the water. According to the New York Post, swimming will be a likely “no-no,” as “the Citizens Water Quality Testing Program routinely finds unacceptable levels of fecal bacteria in the waters off Manhattan’s west side.” In other words, there’s too much poo in the Hudson River to make swimming even a remotely safe prospect. Stick to the kayaks and sunbathing, we suppose? Never the matter, this new park space should be a welcome addition to the city, and if its builders have their way, the first step in a long-term effort to bring more public spaces to the areas along the river, and giving something back to these communities.

Now, you may be wondering why there’s such a sudden interest in improving the waterfront areas, you can (at least in part) thank the growing youth population. According to that Curbed article, “from 2000 to 2014, the youth population near Hudson River Park grew 66 percent.” The new park, and many other future planned developments, are part of an effort to make the area more appealing to families so that they’ll stay in Manhattan and consider it a place to raise said family.

It’s a plan that just might work, too. Beautiful urban spaces are quite the draw, combining natural elements with the convenience that only a large city can provide is a great way to capture the best of both worlds. As for this particular project, the public beach at Hudson River Park, it’s one you’ll have to wait at least a little while to experience. According to the experts, the construction will take 18 months, which is excluding the time for planning and making design changes, so at the earliest, this development wouldn’t be open until 2022.

These Manhattan Apartments Will Keep You Close to the Beach

Once those beach plans are complete, you’ll be right within striking distance if you call amazing city communities like 15 Cliff home. Here, among the wonders of Manhattan’s downtown renaissance, you’re well within reach of all sorts of prominent city landmarks, conveniences, and the fantastic New York nightlife, so the proposed beachfront will be in good company. What’s more, you’ll be enjoying a high life like no other, as 15 Cliff is where resident comfort and convenience come second to none. If you’re ready to experience New York from a fresh and luxurious perspective, this is where you need to be. Come see what 15 Cliff has to offer you today, and take that next step to your new home in the heart of the city.