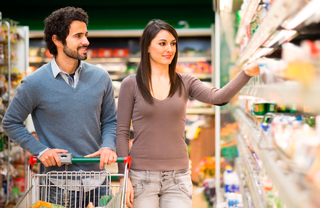 For those of you who saw Hurricane Sandy take New York, New Jersey, Pennsylvania, and other states (not to mention Canada and the Caribbean) by storm, you know the disastrous impact it brought to the people and businesses in those regions. (According to a CNN article, 147 people died from the hurricane across the United States, Canada, and the Caribbean, with states like New York, Pennsylvania Connecticut, and other states on the east coast being targeted.) After the horrific post-tropical cyclone hit during October 2-29, the Financial District looked like a ghost town. However, this has now changed with the opening of a new food hall/ grocery store hybrid model in New York’s Financial District. From only sparse restaurant options (such as fast food) to now sporting an array of vegan-friendly, healthy meal options—something both business and local New Yorkers will love. Looking for financial district apartments? You’ve come to the right spot. Read on to learn more about the Financial District’s transformation from food desert to the thriving food hub it is now.

On July 11, 2017 City Ace Markets opened its front doors (located on 70 Pine Street in the Financial District). Operating as both grocery store and food hall, the new model features restaurants such as Artichoke Pizza, Cinnamon Snail (which, before that, used to be a food truck), and Vanessa’s Dumplings. Not only do New Yorkers have their pick of foods on the ground floor but, on the top floor, can enjoy a delicious delicatessen while looking out over New York’s financial district.

It Is a Relief to Local and Business New Yorkers

The new food hall/grocery store is a relief to both locals and business employees working nearby. Now, employees, on their lunch break, have another option other than Wendy’s. In fact, many tout it as the new favorite lunch spot during work. The locals enjoy the close proximity, having to make longer trips for groceries despite New York’s close quarters. Overall, it is safe to say, that City Ace Markets is a joy to all, as it is signal of new and fresh business growth in New York’s Financial District.

Speaking of which, with the opening of City Ace Market, the food scene is picking up. Although it has only been a few months after the opening, the creators are looking to develop a meal kit delivery service, making food even more convenient to local and business individuals. Plus, the creators are also looking to open up similar grocery stores and food halls like this one in other locations.

Since the food hall/grocery store wastes less food (with unused food going to the buffet), it makes less of an environmental impact—in a sense it shows the strength of New York City as a metropolis that counters negative environmental devastation with positive environmental action.

What People are Saying and How It’s Convenient for All

As mentioned, people are excited for its opening. The market is also much bigger than it looks, having not just ground and top level but a basement as well. Being that it is open from 7 in the morning to 12 at night, 7 days a week, locals can easily stroll up the block for groceries for that day. And, those working nearby can conveniently take a client out for a piece of pizza or cinnamon roll while discussing the latest business in their partnership. That or pick up a fresh juice on their way to work.

What This Means for Those Considering Financial District Apartments

The financial district is already a hub for business. But now it is also a becoming the place for food. The grand opening of City Ace Markets proves this trend. For those looking to rent financial district apartments, we encourage you to check out City Act Markets for yourself so you can get a feel for your new neighborhood market. Because now, on your way home or when running errands, you can easily run by the food hall for a quick dumpling or groceries for the week.

City Ace Markets’ opening is a blessing for not just the people who live and work in the Financial District, but for the people of New York. It signals that, years after Hurricane Sandy, The City is picking itself up—and thriving. With it being vegan and eco-friendly, the new market is an example for other food services and business models that want to replicate its success. For those that are looking for financial district apartments, they now have a new neighborhood market and eatery to go to. Overall, what can be said is that this is a celebration of new business growth after serious environmental disaster. Curious about what other restaurants Ace City Market has to offer? Have you tried it? Care to share your favorite food at one of the market’s restaurant spaces? Leave a comment, question, or concern in the comment section below!

Considering Moving to the Financial District?

Did you just start your new job in the financial district and are tired of making the hectic commute day in and day out? Recently moved to The City That Never Sleeps and are curious about what the financial district has to offer? Located on 15 Cliff Street in New York City, you are in the midst of the hustle and bustle life. From studio to two bedroom, enjoy the building amenities—such as washer and dryer, barnyard style plank flooring, open kitchen with a breakfast bar, spacious closets (with expansive shelving), white quartz countertops, not to mention woodgrain custom cabinetry and Kohler brushed nickel fixtures. We guarantee that, whether it is studio, one or two bedroom living space, you’ll find what you are looking for a 15 Cliff's Financial District location.