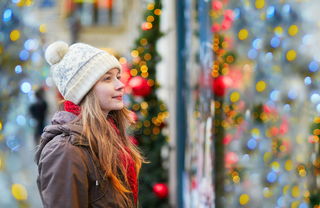 Most everyone at the luxury apartments in Manhattan knows and appreciates the wonderful exhibits that the Met Fifth Avenue puts on year after year. The Museum of Art is well known for their massive collection spanning 5,000 years of art and culture, and right around Christmas time is when visitors have the opportunity to see their most impressive holiday display, the Annual Christmas Tree and Neapolitan Baroque Crèche:

“You'll see a tree dotted with cherubs and angels and surrounded by a detailed Neapolitan nativity scene composed of more than two hundred 18th-century figures. Complemented by seasonal music and tree-lighting ceremonies, it's a true holiday delight.”

Sound like your kind of Christmas outing? We thought it might be, so we’ve gathered up all the information you’ll need to know before heading down there so you can be well prepared for this little New York slice of holiday joy.

History of the Christmas Display

The Christmas tree presentation at The Met is a longtime tradition, a work of art set in front of a “vivid eighteenth-century Neapolitan Nativity scene,” and the product of benefactor Loretta Hines Howard, “who began collecting crèche figures in 1925 and soon after conceived the idea of combining the Roman Catholic custom of elaborate Nativity scenes with the tradition of decorated Christmas trees.”

Though a simple enough history to understand, it does raise a few questions for the casual observer. Who was Loretta Hines Howard, and what, exactly are Neapolitan Nativities and crèche figures? First things first, let’s touch on the history of Mrs. Howard, shall we?

Born in Chicago in 1904, Loretta Hines Howard was a painter, active for nearly 50 years, and a student of the Ashcan School popularized by Robert Henri, a movement well-known for depicting daily slice of life scenes from New York’s poorer neighborhoods. Her involvement with crèche figures and The Met comes to us from her touching obituary in the New York Times, published in 1982, the year of her death:
*
“She was best known as a collector of creche statuettes, many of which she donated to public collections. In 1964, she gave a collection of the statuettes to the Metropolitan Museum of Art, and each year since then spent the three weeks before Christmas putting the satin and bejeweled terra-cotta figures on the museum's Christmas tree.”*

That sheds a bit more light on the situation, but still leaves us to wonder, what in the world crèche and Nativity scenes are. For that, we turn to a Slate article detailing their history. Simply put, crèche and Nativity refer to the staged statuettes you often see around Christmas, depicting the birth of Jesus, with representations of Joseph, Mary, the Three Wise Men, and other pivotal figures from the biblical tale in attendance. The tradition kicked off all the way back in 1223:

“According to Bonaventure’s biography, St. Francis got permission from Pope Honorious III to set up a manger with hay and two live animals. He then invited the villagers to come gaze upon the scene while he preached about the babe of Bethlehem.”

The rest, as they say, is history. Staging nativity scenes caught on, and it’s a tradition that many people still do in their homes around Christmas, and many organizations participate in by putting up scenes of their own with larger figures than what you’d typically find in a private residence. The Met began displaying Loretta Hines Howard’s figures along with a ornately decorated Christmas tree some forty years ago, and even now, years after Mrs. Howard’s death her daughter, Linn Howard, and granddaughter, Andrea Selby Rossi, take part in creating the display for the museum as part of the yearly tradition.

The crèche figures shown at the museum range from six to twenty inches in height, and each is a work of art unto itself. Well-modeled and vividly colored, they help bring the Christmas spirit, along with the tale of Jesus and the Nativity, to life in stunning detail. You can see some of these figures online on The Met’s Exhibition Objects page. There are 233 figures in total, and they all evoke a sense of wonder.

As for the tree, it’s also a sight to behold. Standing twenty-feet tall in front of the eighteenth-century Spanish choir screen from the Cathedral of Valladolid in The Museum's Medieval Sculpture Hall, it’s decorated with “glowing lights, cherubs, and some fifty gracefully suspended angels.” While there won’t be any tree lighting ceremony this year, on account of the European Paintings Skylights Project, there will be plenty of seasonal music playing around the tree display, adding to the feeling of holiday delight. Speaking of which…

If you want to check out the Christmas Tree and Neapolitan Baroque Crèche, you can do so from November 20th, 2018, to January 6th, 2019. The exhibition is free with museum admittance, and you can purchase admission tickets at several price levels, depending on which individual group you fall into.

While you’re at The Museum, you might also want to take some time to check out the other fine exhibits on display. Current Exhibitions include De;acroix, Armenia, The Body Transformed, Art of Native America, In Praise of Painting, and several others, so there’s a little something to see no matter what styles of art interest you most.

Have a Happy Holiday Season at the Luxury Apartments in Manhattan

When you think of joy, Christmas cheer, and a tight-knit community with which to spend the holidays, 15 Cliff should jump to the forefront of your mind. This elegant and luxurious apartment space in Manhattan’s gorgeous and revitalized downtown screams high class, for sure, but it’s also the kind of place where friendliness and neighborly attitudes are encouraged, and you’ll feel welcome among your peers in one of New York’s most desirable locations. Be sure to check out everything that 15 Cliff has to offer, and make this your home in time for the next thrilling holiday season that rolls around.