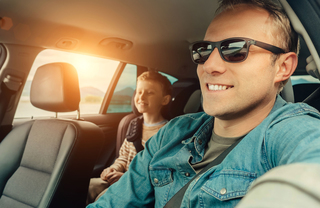 Memorial Day is coming, but instead of lounging in the NYC apartments for rent or attending one of the events right in the city, you’ve got a mind to take a bit of a trip to enjoy something outside of your usual stomping grounds. Nothing wrong with that — a bit of adventure is good from time to time. There’s just one question: where are you going to go?

Will you head north, up to Albany or Boston, perhaps? Maybe tread further north, to the coasts of Maine? On the opposite end of the road trip spectrum, you could try heading down south to Baltimore, Washington DC, or Richmond? Or maybe you’ll want to try something else entirely?

Whatever the case, there’s no need to agonize about coming up with ideas, because we’re laying the best ones out on the table for you today. If you’re mood to get out of the city come Memorial Day weekend. These are the spots you should have on your list.

Head northwest about 374 miles, and you’ll end up in the city of Buffalo, NY. Nestled on the Canadian/American border and the eastern shore of Lake Erie, it’s quite the scenic area, with plenty of amazing natural views and it’s fair share of smaller city action to boot. Old mansions and other fine architecture are plentiful, and in addition to all there is to see, there will also be some stuff to do. You’ll be there just in time to catch the Totally Buffalo Festival:

“Celebrate all things Buffalo in one of WNY's most historic locations. The Totally Buffalo Festival is all about Buffalo and what makes us love it — the food, the drinks, the music, the sports, and most importantly — the people”

Just head to the Riverworks over by Ganson Street. Things kick off at 12:00PM and last until 8:00PM.

You’ll only have to head about 50 miles north to reach Norwalk, CT. Once you do, though, you’ll find yourself transported to another world, a coastal American town with a heaping helping of New England authenticity.

It’s serene. It’s peaceful. It’s just the kind of getaway you’ll need for Memorial Day Weekend, and you’ll have the added bonus of checking out the Norwalk Memorial Day Parade as well.

The event, unfortunately, was cancelled for the past two years, but this year, officials say it’s going to happen no matter what the weather:

“According to the Hour, Mayor Harry Rilling advised residents to bring a raincoat or an umbrella should it rain on Memorial Day, as the parade will still happen”

The parade will start at 10:00AM on May 28th. The procession will begin at Veterans Park and end at the Town Green on East Avenue. Be prepared for a thrilling ceremony.

If you’ve ever wanted to view a scenic old lighthouse, then Portland, ME is the destination for you. This, the most populous city in the state of Maine, is home to several, at Portland Head Light, Fort Williams Park, Casco Bay — they’re all gorgeous to look at, and while you’re around, you can check out the historic parts of Portland itself.

The coastal vibe here is unmistakable, and you’ll have your pick of one-of-a-kind shops, restaurants, galleries, and more to explore. There’s a Old Port Historic Walking tour taking place on the 26th, if you’re interested:

“Explore the Old Port’s rich history and places of interest in this 90 minute exciting walking tour and historical adventure for all members of the family.”

That will take place from 11:00AM to 12:30PM, after which you’ll have the opportunity to adventure around the rest of the town.

The largest major city in the state of Maryland is only 196 miles away, and it’s an easy one to fall in love with. The “Charm City” as it is sometimes called, has plenty to offer. You can see the harbor (the second largest seaport in the Mid-Atlantic), check out the thrilling downtown area, and see many of the historic sites scattered among its diverse neighborhoods.

If you’re in the mood for something kid-friendly on your travels this Memorial Day, this will definitely be the place to do it, as there’s a Memorial Day Weekend Celebration taking place at the Port Discovery Children’s Museum on Market Place:

“Join us as characters jump off the page and into our imaginations in Circle Time, build early childhood literacy skills in Mother Goose On The Loose, and stretch out your bodies and become the best version of yourself in Life On Yoga Mountain.”

Port Discovery is well-known as the kind of place where kids can let their imaginations run wild, and the Memorial Day festivities will be no exception. Besides, what could be better than a family-friendly road trip to such an interesting town?

Travel south for about 230 miles and you’ll reach the Nation’s Capital, tucked away on the banks of the Potomac River. The monuments, the museums — they all play into the aesthetic of this, the symbol of American power and government, and there’s likely not another place in the country where you can experience Memorial Day quite like this.

There’s the Rolling Thunder Motorcycle Rally, the PBS National Memorial Day Concert, the Memorial Day Choral Festival at the Kennedy Center, you can even chill to the smooth sounds of sultry jazz at Jazz in the Garden. There’s no shortage of wonder here, and you’ll be glad you made the trip after experiencing the excitement.