Why People Are Moving To FiDi 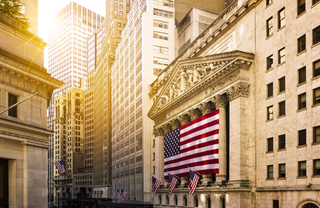 Manhattan’s thriving Financial District is considered New York City’s business heart. It’s the home to Wall Street, the site of many a towering skyscraper and a fast-paced region to match a fast paced city that’s almost always in hustle mode. Would you imagine it as a place to live as well? Believe it or not, Financial District rentals are on the upswing, and downtown has found itself in the middle of its own little renaissance.

The population of the Financial District is about 48,160 people, according to Point2Homes, an increase of 169.9 percent since the year 2000, with new residential developments going up to accommodate the increasing population on a fairly regular basis. What’s going on? Why have people chosen this part of the city to set up shop? Read on, as we explore what’s driving FiDi’s recent boom.

FiDi Is Where The Action Is At

Linked above, Compass described FiDi as a “bustling financial hub,” one that “attracts professionals who work in the area” and a home to a number of coveted white-collar jobs. Numbers from Point2Homes bear this out, showing that there are 40,204 white-collar workers in the area, some 75.4 percent of the neighborhood’s total jobs. Beyond that, the average household income is is around $191,807 -- an attractive prospect for anyone looking for an upscale lifestyle.

The employers vary, but an overview from TRD shows that the common factor linking them all is a generous helping of prestige:

“Investment banks, the New York Stock Exchange, and the Federal Reserve Bank Of New York, are located there...Commercial development has also continued, before and after the September 11, 2001 terrorist attacks. Goldman Sachs opened a 43-story headquarters at 200 West Street in 2009 and Silverstein Properties is developing the new World Trade Center complex, including One World Trade Center, on the site of the former Twin Towers.”

The list goes on. Conde Nast (publisher of Vogue and The New Yorker), Bloomberg, S&P Global, and a slew of other high-level employers all call the Financial District home in one way or another. With so much employment potential, it’s little wonder why people would want to move here and make a life for themselves, but it’s far from the only reason that FiDi has become an attractive prospect.

Living here is becoming even more of a treat thanks to all of the residential development. Fuelled by increased interest in the area, finer communities are going up, attracting people to Manhattan’s south end and continuing that cycle of interest. Of note, the 54-story tower at 23 Park Row shows but one example of this cycle in action:

What’s remarkable is that this is only a singular example of the development in FiDi, and doesn’t even touch on many of the finer spaces to live that are already in existence (more on that later). With the influx of residents, though, that must mean there are things to do nearby that are holding people’s interest, right?

That description is a modest one. While Compass notes that there isn’t much in the way of “active nightlife” in the Financial District, you need only check out any of the dozens of articles out there, like The Best Things To Do In NYC’s Financial District, to learn that this is a land of plenty if you want to have a good time.

Cultural destinations like the Museum of Jewish Heritage and the National Museum Of The American Indian, grand sights like One World Trade Center and Battery Park City, amazing food choices courtesy of The Growler and Ramen.Co -- the myriad of attractions available in FiDi is a list that goes on at length. Those who value excitement want for little when they make the choice to reside here.

The beauty of it all is incredibly attractive to anyone who marvels at diverse city environments. The architecture -- of both commercial and residential structures -- could keep any photographer, illustrator, or admirer occupied for hours. By the water, the slowed-down pace gives residents a chance to take in the city’s views in a relaxed atmosphere. Even when you’re in the mix of it all, simply taking a moment to absorb the wonder of what you’re witnessing is enthralling -- an appeal all its own.

Then there’s the shopping. The Financial District has been going full tilt with attracting fine retail to the area, and the results speak for themselves:

“On the retail front, in 2015 ground-floor retail in the area increased to $326 per square foot, up 39% from the previous year. The retail market in the area has been booming as of late, with new luxury shops at Brookfield Place and World Trade Center. Hérmes, Burberry, Tiffany & Co. and Saks Downtown are just a few of the brands that have recently opened in the area.”

And for those with families, the ushering of new schools is another enticing carrot bringing them rushing to this part of Manhattan:

“The increase in families pushed CB1 to fight for new schools in the area and a 476-seat school for District 2 will be built at 42 Trinity Pl., a 500-foot tower that will be completed in 2019.”

Finally, it’s relatively easy to get around from the Financial District. Near every subway line converges at hubs like Fulton Street and Wall Street, meaning those that want to get out and explore can do so with ease.

All told, the Financial District has earned this boost by transforming itself from a strictly commerce-oriented neighborhood to one that has a wide range of offerings and attractions for current and potential residents. The jobs might be what attract many to this region, but it’s the complete picture that keeps them sticking around and singing its praises.

The Financial District Rentals Are Waiting

If you consider yourself among the many who might want to call FiDi home, you needn’t look further than fabulous communities like 15 Cliff. This striking edifice puts residents right in the middle of the neighborhood renaissance, supplying them with the most modern floorplans and building amenities imaginable. Take a look, and keep this at the forefront of your mind when thinking about New York City living done right.